“Story of the Cherokees: 13,000 Years” received an award from the National Association for Interpretation, and has been called “A model for museums,” by Van Romans, Disney Imagineering. This exhibit uses artifacts, artwork, life-sized figures, computer generated animation to tell the story of the Cherokee people and their long life in the southern Appalachians.  Here is some of the information and a few of the artifacts from the exhibit.

Cherokee elders say they have lived in the southern Appalachians forever–that the Creator placed them here and gave them their language and customs.  Artifacts show continual occupation for more than 13,000 years.  During the last Ice Age, people hunted mega fauna with spears, killing mastodons for food.  They also gathered wild plants, nuts, and berries, which made up about 75% of their diet.  Small groups traveled throughout the mountains on seasonal rounds.  Only their stone tools remain. 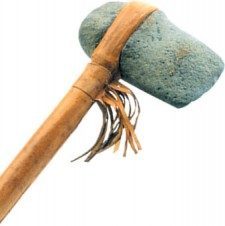 Beginning about ten thousand years ago, people developed more sophisticated tools and weapons, which included the atlatl for hunting and weighted nets for fishing. Mega fauna such as the mastodon and woolly mammoth became extinct, and smaller animals like the white-tailed deer became an important source of food. Fluted Paleo points changed to atlatl points with stems and barbs. 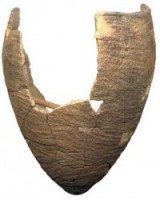 People began living in towns year round.  They developed pottery that was impressed with designs and used for cooking. They continued to use the atlatl, but began also using blowguns along with bows and arrows. Stone pipes were carved for use in ceremonies where the smoke carried prayers to the Creator. 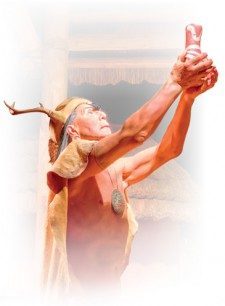 During this time, people developed a new variety of corn called eastern flint, which closely resembles modern corn. It was grown with beans and squash (known as the “Three Sisters,”) in fields surrounded by gourd birdhouses hung on poles. These provided homes for purple martins, birds who eat destructive insects and keep crows and blackbirds away from the corn. 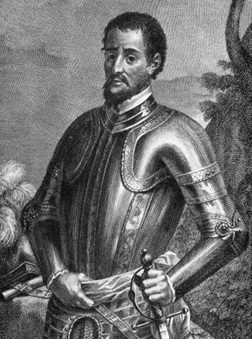 Cherokees were contacted by the DeSoto expedition in 1540.  Between 1500 and 1650 more than 90% of American Indian people were killed by European diseases. 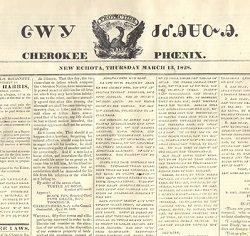 After the Revolutionary War, the federal government created the “Civilization Policy” for Indian tribes.  They encouraged men to farm and women to weave, although Cherokees had been farmers and weavers for millennia. Cherokees developed writing, a written constitution, and educated their young people. They established the first American Indian newspaper and printed it in their own language and writing system as well as in English. 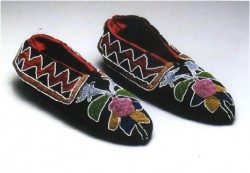 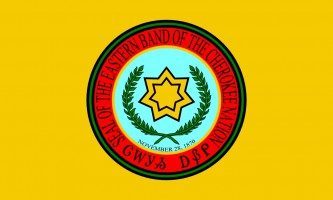 Cherokee people still live on part of their ancient homeland in the southern Appalachians.  They are the Eastern Band of Cherokee Indians, about 15,000 people.  Cherokee people live in Oklahoma: the Cherokee Nation (about 300,000 people) and United Keetoowah Band (about 15,000 people).  These three federally-recognized tribes are all the descendants of the Cherokees who lived in the southern Appalachians.