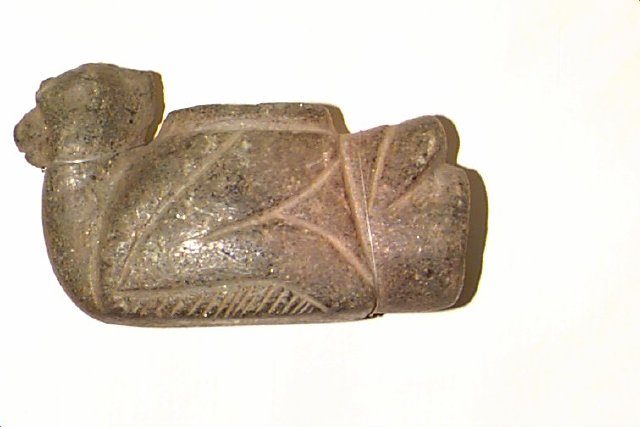 “Woodland” is a term used by archaeologists to describe cultures after the Archaic period. Technology developed at this time included pottery and the bow and arrow. People continued to plant crops, make textiles, and carve wood and stone, while they continued hunting, fishing, and gathering wild foods.

Cherokee pottery began about 1900 B.C. or earlier. Pots were hand built using the coil method. They had a conical base and designs were impressed on the outside. Many of the early pots were decorated by pressing fabric into the clay while it was wet, leaving a textured surface. The shape of these pots was very efficient for heating and cooking food. Previously food was cooked by roasting over a fire, or in leather bags filled with liquid that boiled when heated rocks were added.